The State’s knee for 8 minutes and 46 seconds on a Black man’s neck. That’s what it took BLACK LIVES MATTER America to take to the young but deadly pandemic streets like there was no tomorrow. And it’s been the same since.

Michael Cruse… killed a man before for running a stop sign… He was fired from the police department… He was tried [and] convicted of vehicular homicide. He got sentenced to one year in jail. He spent 30 days in jail… Then he was rehired. — Theresa Joyce-Wynne, mother of Dominique White, Mom’s Demand Action rally, Topeka, Kansas, June, 2018.

For the Sidewalk Museum of Congress (SMoC) it all started in September 2018 when I decided to convert my Congressman’s office sidewalk into a palette of peaceful direct-action where Kansas’ 1st District constituents could get together and plant dissent to systemic racial, climate, social and economic injustice via song, art, poetry, protest etc. And the first such seeds to be planted on the concrete of @RogerMarshalMD’s sidewalk were for racial justice and for Dominique White, a 30-year-old black man who was shot and killed by Topeka police officers Michael Cruse and Justin Mackey, a year earlier on September 28, 2017.

They say he (Dominique) was reaching for a gun. He wasn’t reaching for that gun. He was trying to get away. He didn’t know what was going to happen. They grabbed him! Trying to detain him and told him he wasn’t being arrested. A young black man in this day and age? He was scared for his life. He was scared for his life. So he tried to get away. — Theresa Joyce-Wynne.

According to Mapping Police Violence, “1,147 people were killed by police in 2017,” the year Dominique White was killed; only 1% of those officers involved were charged with a crime, and of the 569 officers who were identified, “at least 48 [like Michael Cruse] had shot and killed someone before”; about half of the 1,147 people killed by the police were reported to be armed with a gun, but “1 in 5 people with a gun were not threatening anyone when they were killed;” and if the police had simply spent their energy on de-escalating the situation Dominique White would’ve been one of 638 people who didn’t have to die that year. 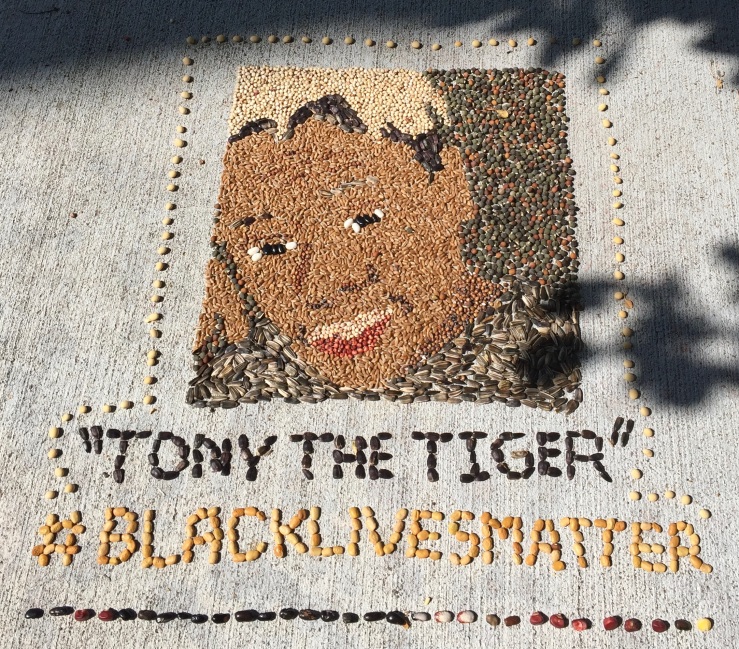 We all know that most people to be killed with impunity by the police and other racist Americans are people of color and/or LGBTQ. But what finally snapped the elastic cord of racial injustice in the beautiful and multicolored way that it did in America, at least when it comes to police violence? Was it a combination of the mismanaged Trump-presidency-style lockdown with the duration of Chauvin’s knee on George Floyd’s neck that made these rightly angry and emotional people fill the streets day after day after day to say ENOUGH!? All across America the streets have been filled with protestors invoking the names of people killed by police violence, including in Topeka Kansas where people chanted, “Say his Name! Dominique White.” 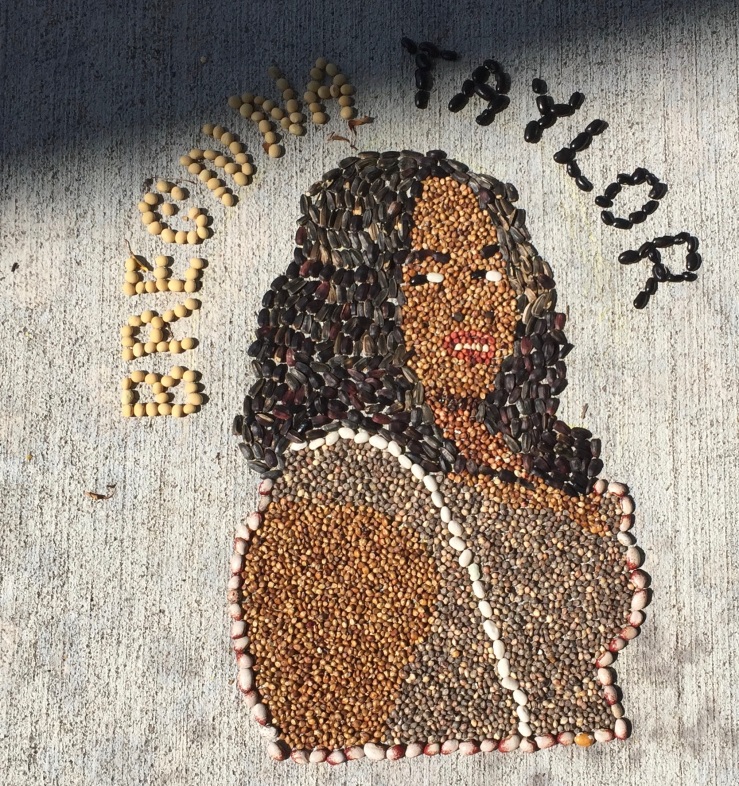 Abbi says “We Are Responsible” with sainfoin and alfalfa seeds

A year and eight months have passed between the first planting of seeds at SMoC for justice for Dominique White and the planting of seed-portraits for justice of George Floyd, Tony McDade, Breonna Taylor and Ahmaud Arbery. And it is clear that this year has been monumental in that it has seen an unprecedented momentum for racial justice and police accountability.

When I was at SMoC this June 3 working on Tony McDade’s portrait, a man walked up to me and looked at what I was doing and asked, “Is that George Floyd?” No it’s Tony McDade. He was a transgender man shot and killed by the police in Florida, two days after Floyd, I replied. Then he said, “He (George Floyd) broke the law. If he hadn’t broke the law the police wouldn’t a come after him. Now, I ain’t sayin’ the officer shoulda done what he did. And he’s gonna pay the price for it.” Saying nothing about the other three officers involved, then looking more intently at McDade’s portrait he said, “He looks like him (Floyd).” And I thought, wow! why? because he’s black?

He was right. Not because McDade looks anything like Floyd, but yes, Tony McDade is George Floyd is Eric Garner is Philando Castile is Breonna Taylor is Michael Brown is Tamir Rice is Sandra Bland is Dominique White…

And McDade’s killer—who’s hiding behind Marsy’s Law, under which his name is kept secret—is Derek Chauvin and Tou Thao and J. Alexander Kueng and Thomas K. Lane are Daniel Pantaleo and the multiple officers who pinned Eric Garner down before he died on the sidewalk are Jeronimo Yanez is Jonathan Mattingly and Brett Hankison and Myles Cosgrove are Darren Wilson is Timothy Loehmann and Frank Garmback are the criminal justice system.

The death of George Floyd touched us deeply because the truth of the matter [is] we’re in a season of death… 60-70% didn’t have to die [from Covid]. 700 people are dying a day [from poverty] before we ever came to Covid… There are a lot of people already talking about healing!… you can’t heal this quick! We haven’t mourned enough yet! — Rev. Dr. William J. Barber II, President and Senior Lecturer, Repairers of the Breach, June 7.

3 thoughts on “American While Black”