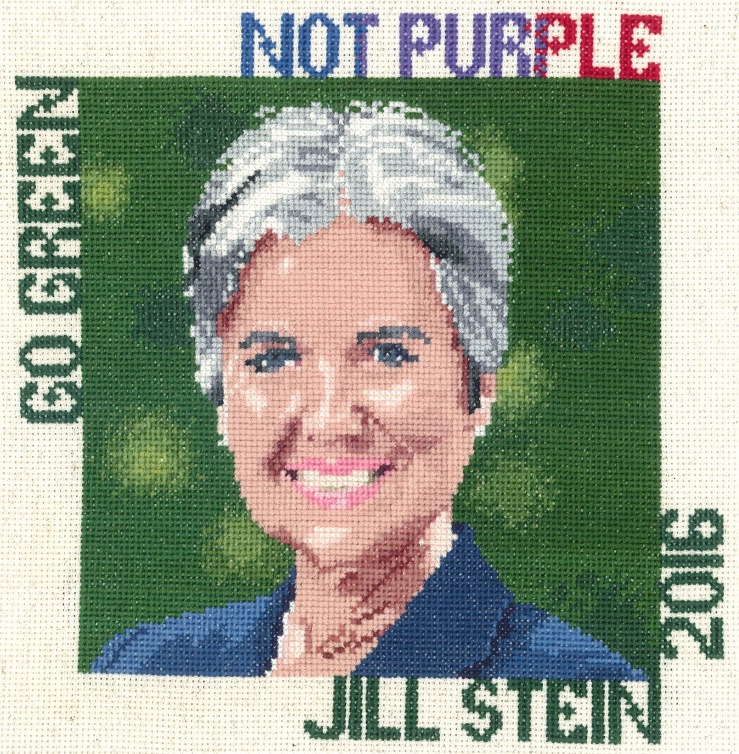 If Salvador Dali were around today he might have captured the mood of the nation best in a painting. But, you could simulate one for yourself by piecing together these wildly varying, discordant sentiments in your head:

“She is an extremely ambitious liberal interventionist hawk….[and] was the leading figure behind the destruction of Libya…If Hillary Clinton gets into office, it means endless war….[she] surrounds herself with people who don’t really challenge her.”—Julian Assange, June 23, 2016.

“Yes. Yes, I think the issue right here is I am going to do everything I can to defeat Donald Trump. I think Trump in so many ways will be a disaster for this country if he were to be elected president.” Bernie Sanders in his support for Clinton, June 24, 2016.

“The problem that poses for people across this country is that the choice between the kind of chaos of Trump’s policy that’s so incredibly dangerous, versus a very clear, very committed militaristic commitment to regime change and U.S. domination in the Hillary Clinton foreign policy is not much of a choice.”—Phyllis Bennis, June 3, 2016.

“Stein deserves the strongest possible support from Sandernistas. If a large section of our movement is able to resist the growing pressure to fall into line behind Clinton, and instead put its energies into Stein’s campaign, it will spur the development of a much bigger fightback and lay the groundwork for building a new party of the 99%.”—City council member of Seattle, and member of Socialist Alternative, Kshama Sawant, June 24, 2016.

“Don’t repeat the mistakes of 1968 that elected Nixon.”—Democracy Now’s Juan Gonzales to the Bernie or Bust Movement, June 20, 2016.

“Do I think that Bernie has a tremendous number of great ideas? Of course, I do, but I’m not Bernie’s political advisor. I’m a journalist, and I think that Bernie should be whacked with criticism for the hypocrisy of going after Hillary Clinton when he also has been a part of that machine.”—Jeremy Scahill, May 6, 2016.

“….some people feel that Donald Trump will bring the revolution immediately if he gets in, things will really explode.”—Susan Sarandon, March 29, 2016.

“Of course, Hillary and Obama are simply manifestations of the power structure of the Democratic Party itself, which is unapologetically hawkish. The same party Sanders belatedly joined….Real political revolutions (as opposed to rhetorical ones) begin after the futility of the ballot box has been proven. Sustainable movements are driven by issues not personalities. And sometimes you have to bust your idols for kindling to get things ignited.”—Jeffrey St. Clair, June 10, 2016.

“The 2016 election campaign is remarkable not only for the rise of Donald Trump and Bernie Sanders but also for the resilience of an enduring silence about a murderous self-bestowed divinity.”—John Pilger, May 27, 2016.

“By dismissing a ‘lesser evil’ electoral logic and thereby increasing the potential for Clinton’s defeat the left will undermine what should be at the core of what it claims to be attempting to achieve.”— I hate to tell you this, but that’s John Halle and Noam Chomsky, writing in defense of “lesser evil” voting, June 15, 2016.

“They hate our freedom.” We’ve been hearing that for fifteen years. But this freedom of ours that we sell to the world has been subsidized by endless war, refugees, climate change, regime change, hatred and unfounded fear—of nonwhite people, communists, Muslims, “baby killers,” homosexuals, immigrants, most of the world’s population.

In India, economically free women tend to make up for their lack of social freedom by hiding behind expensive silk saris and gold and diamond jewelry. Are privileged Americans any different? Are we a truly free society (whatever that is) or only masquerading as one?

It’s all out in the open now. And it’s not freedom but feardom that’s glittering in this idiotic electoral carnival sunshine that we’re all marching in. Dragging behind us a “eeuuuuuuge” purple trail of past atrocities, we wrestle among ourselves, releasing fear-dust and blabbering on about stuff like “lesser evils” and the next “spoiler-in-chief.”

Never mind that the last time there was a strong third-party challenge, from Green Party candidate Ralph Nader in 2000, there were many, many other “spoilers” responsible for Gore’s defeat. For example, 12 to 13 percent of registered Democrats voted for Bush, far outstripping the official margin in Florida. Then there was the Democrats’ abject capitulation in the fight—that is, the nonfight—over the Sunshine State’s vote count.

If only we could instead channel this antispoiler outrage into holding our Democratic and Republican politicians accountable for their purple atrocities over the decades. I can’t predict for certain whether a Trump future will be worse than a Clinton one. No one can. But I know this much: I can look back at this feardom trail and safely say that it’s neither red nor blue, but purple. And it ain’t pretty.

And whatever lies ahead can only be….not worse….no, it’ll be an extension of “worse,” the greater of evils. To suggest that we have progressed would be extremely insulting to all the victims of the 1990s and 2000s.

….an extension of the loud screams I hear from the more than half a million Iraqi children who drown out Madeline Albright’s infamous comment that the human price of our 1990s sanctions on Iraq were “worth it”….

….an extension of the assassinated innocent children, the elderly, women and men victims of Obama’s unmanned drone program in Somalia, Yemen, Afghanistan, Waziristan….

….an extension of the 2009 Honduran coup that then secretary of state Hillary Clinton made possible, and in which 168 LGBT people were killed between 2009 and 2014. A coup that brave indigenous leader Berta Caceres opposed and for which she was gunned down in March of this year….

….an extension of the hundreds of thousands of dead and displaced Iraqi and Afghan people as a result of our wars….

….an extension of the innocent Guantanamo detainees and their families at home….

….an extension of the creation of ISIS as a result of the U.S. led “War on Terror”….

….an extension of refugees fleeing U.S and Western imperialism and the “War on Terror”….

….an extension of the plight of occupied Palestinians….of the 2014 Israeli assault on Gaza called Operation Protective Edge that flattened 19,000 homes and killed 550 children, and of virtually no human rights reports about the devastation…..of the 135-year-old Nakba that is ongoing….

“….this is a unique moment now. We’ve never been here in history before. What we are facing, you know, is not just a question of what kind of world we want to be, but whether we will be a world at all.”—Green Party Candidate Jill Stein, June 9, 2016.

I tend to agree with Jeffrey St. Clair (above) when he writes that “sustainable movements are driven by issues not personalities.” But in the heat of this particular electoral circus, whether I like it or not, my feardom glitters too. I am going with Green.

I am going with Jill Stein, among other reasons, because of her 2016 campaign platform that includes issues such as these:

In addition to ending our catastrophic and immoral wars for oil and markets, we must stop aiding and abetting the human rights violations and war crimes of our allies who are also massively defying international law. This includes the Israeli government and the rulers of Saudi Arabia…..With regard to Israel, the United States has encouraged the worst tendencies of the Israeli government as it pursues policies of occupation, apartheid, assassination, illegal settlements, demolitions, blockades, building of nuclear bombs, indefinite detention, collective punishment, and defiance of international law….the Stein campaign supports actions of nonviolent resistance to the policies of the occupation and of the Israeli apartheid regime, including those of the global boycott, divestment, and sanctions (BDS) campaign.”

End the failed war on drugs.

Cut military spending by at least 50% and close the 700+ foreign military bases.

Stop U.S. financial and military support to human rights abusers. Barring substantial changes in their policies, this would include Saudi Arabia, Israel and Egypt.

Join 159 other nations in signing the Ottawa treaty banning the use of anti-personnel land mines.

Ban use of drone aircraft for assassination, bombing, and other offensive purposes.

If worse comes to worst in November, please, let’s not blame Jill or any other non-D, non-R, for it. How about we start with you and me for letting it come to this in the first place.